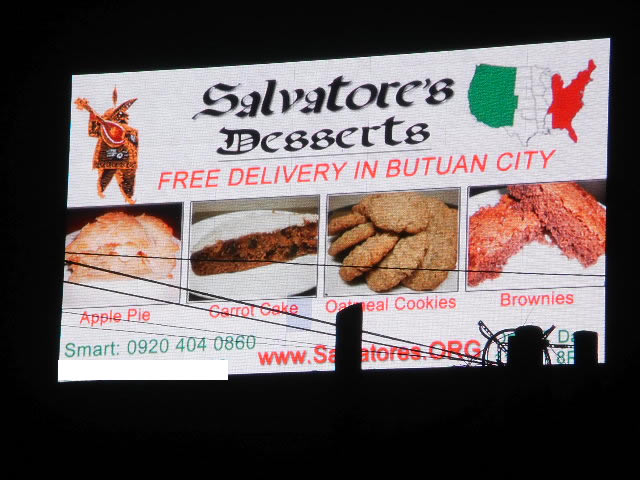 Salvatore’s Restaurant of Northport, New York was founded in 1955  by the original Salvatore II. Salvatore III was born in 1961 and was forced to be responsible for the Restaurant when his father passed away when he was only 19 years old (1981).

Salvatore has been living in the Philippines for the past 6 years and studying the local Restaurants. He is now selling his Desserts on a Free Delivery basis only at this time. More items will be added to the menu as the business progresses. He has a lot more secret New York recipes from the old days from working in his Dad’s Restaurant.

Salvatore will be opening a brick and mortar Restaurant in 2014 in one of the new Malls coming to Philippines Butuan City.

Salvatore has previously ran 6 businesses simultaneously back in New York where the competition is unparallelled. He is confident that his customers will be very happy with the taste of real New York style Italian food, American food, Filipino food and top quality customer service.

Your feedback has been received.